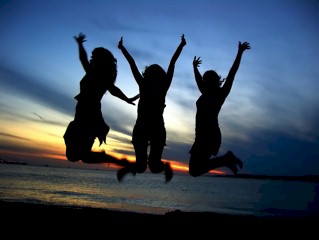 To what extent are the swirling conspiracy theories and political polarization not only the work of social media AI algorithms and confirmation bias ... but actually deliberately deployed disinformation by hostile foreign powers with a nefarious agenda?

Why bother bombing or invading a nation, or committing terrorist attacks, when you can so easily weaponize social media and turn a populace on itself, to destroy one another?

A few meme trolling psy-ops later, a little destabilization of democracy and undermining of institutions - and the unwitting targets of your cyber attacks are only too willing to do your dirty work for you - escalating from "culture wars" to actual "civil wars".

What if it's not actually "Q level intelligence" and "revelation from God"?

What if it's mostly cooked up conspiracy theories from Russian troll farms in what they call, "4th Generation Warfare"?

Is it patriotic to be "useful idiots"?

Is collaborating with the generators such internet mischief really the way to "end tyranny" and secure "freedom"?

In case you thought it was implausible that Russian operatives would use the stupidity, gullibility and bigotry of Americans against themselves, and exploit the stresses of the pandemic to widen politico-social divides. I give you:

She said it was "troubling that some countries are using the pandemic to undermine liberal democracy and promote their own, more authoritarian models".

The accounts’ tweets featured the hashtag #MAGA, usually in support of President Trump, almost 38,000 times — the most of any hashtag.

An analysis from Bot Sentinel, a bot tracking platform, found that bots and trolls have been stoking sentiments online that have fuelled the protests, using hashtags like #ReopenAmericaNow and #StopTheMadness.

US officials: Russia behind spread of virus disinformation

Russian intelligence services are using a trio of English-language websites to spread disinformation about the coronavirus pandemic, seeking to exploit a crisis that America is struggling to contain ahead of the presidential election in November, U.S. officials said Tuesday.Two Russians who have held senior roles in Moscow’s military intelligence service known as the GRU have been identified as responsible for a disinformation effort meant to reach American and Western audiences, U.S. government officials said.

Facebook also removed hundreds of fake accounts linked to conservative media outlet The Epoch Times. The foreign pro-Trump troll farm was based in Romania and pushed content on Instagram under names like “BlackPeopleVoteForTrump” and on Facebook under “We Love Our President.” Troll farms — groups of people that work together to manipulate internet discourse with fake accounts — are often outsourced and purchased by foreign governments or businesses to push specific political talking points.

And yet, here in Australia, we have people re-sharing content generated and disseminated by such "troll farms', then avidly re-shared all over the place by the religious Right in America - then congratulating themselves on their super-Woke, amazing critical thinking and ability to "research" beyond the "MSM" and to hold "special knowledge", so that as social media "influencers", people might look to them for leadership and "real Truth".

I got a troll paid by a ‘Cambridge Analytica’ type disinformation campaign, who’s intentionally trying to sow discord and division into our country to admit it.

After two days on a thread respectfully debating and continually asking him what country he was in, he complimented my writing style and came clean.

It was kinda sad actually. He lives in Venezuela. I won’t go into a lot of detail about him but even with everything happening here he thinks we’re lucky to live in the states, and we are.

Some tips on spotting profiles that are paid to troll and sow discord, division and disinformation:

1) Read the comment sections of their posts and look at their friends profiles.

2) Look at the profiles of the people who “liked” their posts.

3) Search “happy birthday” on their profile.

👉 Propaganda happens on ALL sides. The goal is to simply push things to the extremes in any direction. Force black & white thinking.

🛑 If you’re aware this is happening you’re less likely to fall for it.

- Rape trafficking is a problem (not so much of people stealing your kids, look up how it really happens. Do actual research instead of relying on memes).

- We do have systemic racism and oppression in this country. Statistics on poverty, incarceration and homeownership rates prove it. Police brutality is a problem and they have a really difficult job, and have been tasked with lots of social/mental health/homelessness/poverty/addiction work.

- There are lots of peaceful protests and there was a smaller number of people rioting. Most areas dealing with this are also struggling with poverty and homelessness. Sometimes the fires and destruction is caused by real life “trolls” trying to divide and amp things up more. Sometimes they’re started by white nationalists who want to frame BLM. And sometimes it’s people who’ve just had enough and are vulnerable.

- The virus is real. Masks work at reducing the spread. Hundreds of thousands of Americans have died from COVID. Most people will be fine but millions (out of 328 million) are vulnerable to hospitalization or death.

- Most politicians get into politics to do good. Some lose their way.

- Capitalism is good, so are social programs funded by our taxes. We need regulations on large corporations and the banking industry. When things get big, it’s easy for no one to feel responsible. The more money and power you have the easier it becomes to dominate and gain more wealth.

- If we look at how all of the US’s wealth and property ownership spreads out, we’re in concerning territory. Our largest employers are allowed to pay poverty wages, forcing safety net programs to fill the gaps.

- The United States has sometimes been the ‘bad guy’ in the world. Our government and country has made some poor choices. We’ve taken advantage of vulnerable countries at times. We’ve also done a lot of good. Nothing will change until we learn to look at the grey areas and be honest about things.

🤷‍♀️ I could go on but hopefully you get the point. Stop being fooled by propaganda. If you find yourself in ‘black & white’ thinking, recognize it. Look for the grey.
2 February, 2020:

The accounts’ tweets featured the hashtag #MAGA, usually in support of President Trump, almost 38,000 times — the most of any hashtag.

Posted by treebytheriver at 3:03 AM 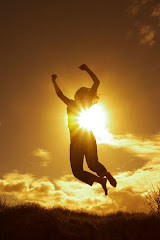